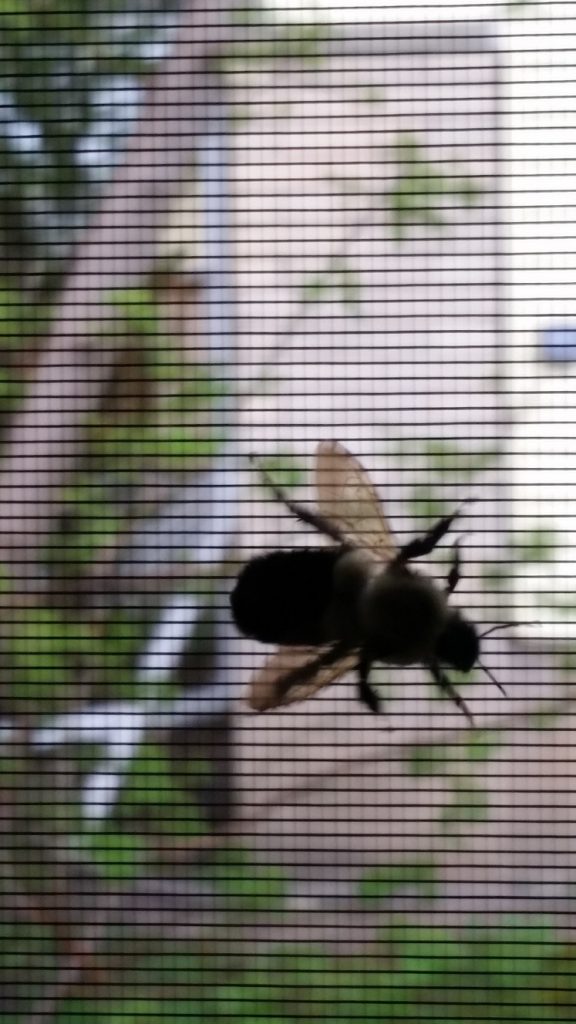 It was beautiful out today. The windows and doors were open to let in the summer like breezes…

I saw something out of the corner of my eye. It was a huge bee!

First instinct is to grab the spray – but then I thought, wait, bees are already dying. I need to save this bee!

Bob is allergic to bee stings, so I’m on my own on this. And did I mention this bee is really big?

The bee flies to the screen, so I close the window to keep us all safe while I figure out what to do.

I see that there is a hole in the screen, which I figure is where it got in. Maybe if I let it alone it will find the hole and go back out?

No such luck. It was up and down and back and forth across the screen, but never near the hole. I was trying to keep an eye on it while I made dinner. It had moved into a corner in the window sash and was not moving. Oh No!

I tried to gently open the window, but it doesn’t open gently since we painted last fall. It startled the bee. OK, at least it’s alive.

After dinner, the bee was on the screen, but not moving. Maybe he’s done for the night.

So I figured I would try the covered container trick. I I got out a small Ziplock container. I had to use a small one because there are only a couple of inches to work in. With such a small container, there is no room for mistakes here. I got in close to see if I could see how big his stinger is.

I I decided to take a couple of dandelions and put in the container. Maybe he would be attracted to them?

This ill require scooping him into the container and getting the lid on without getting stung.

Since he was in his comatose state, it turned out to be ok.  I got him outside and released him.

Now hopefully he can pollinate the rest of his days and not get killed by Monsanto or Dow. 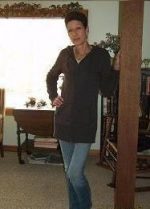 Hi! I'm Carole. I was a broke working single mom, but I was determined that we would live a quality life - clean comfortable home, fresh meals on the table, and time to enjoy life. Now you can use my experience to help you manage your life better. Be sure to subscribe below so you never miss any new stuff here!
And please enjoy your time here!

How a single mom put fresh real dinners on the table almost every night, even when she was on food stamps >>>

Do you need to get your life together?

Do You Have Tattoos You Regret? Free ebook outlines your options...

Not Finding What You’re Looking For?